Many Mainers’ electric bills spiked at the beginning of this year after the Maine Public Utilities Commission announced there would be an 83% increase in supply rate prices for CMP customers and a nearly 89% rise for those covered by Versant. The PUC estimated that the average ratepayer would see a $30 increase in their bill, but some customers have reported paying much more.

Those supply rate hikes — which are set by the PUC and not utilities themselves — came on top of higher delivery rate prices set in 2021. CMP delivery rates rose 11.5% in the summer last year and Versant’s went up by around 17% in November.

From Jan. 1, when supply rates went up, until June 30, CMP’s parent company Avangrid posted $629 million in net profit attributable to the energy company on revenue of $3.9 billion, according to their second-quarter financial statement.

That is an increase of nearly 46% from the first six months of 2021 when Avangrid made $432 million in net profit.

It is too early to know CMP’s specific profits for this period because Avangrid reports its subsidiaries’ earnings only once yearly.

Versant is owned by ENMAX, a corporation that is owned by the city of Calgary in Alberta, Canada. The corporation is yet to post earnings from this year, but in 2021 the company made $232 million ($296 million Canadian) in net profit — a 3% increase over 2020.

In March, ENMAX announced that they would be paying a dividend of $62 million (Canadian) to the city of Calgary — a 7% increase from the dividend paid in 2020.

The corporation is obligated to increase the dividend paid to the city each year and Versant’s profits, gleaned from the ratepayers of Maine, contribute to that payment.

The parent companies of Maine’s two dominant investor-owned utilities are not the only industries that have been profitable during this period of inflation. Recent analysis by the Maine Center for Economic Policy shows that many corporations are raking in record profits while Mainers are paying higher prices for everyday items like meat, milk, bread, fuel and electricity.

And more rate increases could be on the way.

‘Storm clouds are on the horizon’

At the beginning of July, with Mainers using more energy during the hottest months of the year, CMP and Versant announced welcomed rate decreases. The cuts amounted to 5.5%, or roughly $3.40 off their monthly bill for CMP customers, and a 3.5% to 3.8% decrease for Versant customers. But that appears to be only a temporary relief from rising energy costs.

“This decrease is welcome news and God knows the ratepayers need it now,” Maine’s public advocate Bill Harwood said in a recent statement. However, he warned that “storm clouds are on the horizon.”

“With the war in Ukraine and the need for natural gas in Europe, our natural gas prices are going to stay very high for the next year or two, and that’s not good news for ratepayers,” he said.

In May, CMP notified the PUC that it will request a rate increase beginning in July 2023 that could raise the average price by $10 per month over the next three years.

And earlier this month, Versant announced that they also plan to file with the PUC in early October for a $30 million distribution rate hike for next summer for investments that include an advanced metering infrastructure project. The proposed 28% distribution rate increase would amount to $10 per month more in the average residential bill.

“The timing of Versant’s proposed increase is unfortunate,” Harwood said in a statement. “Mainers are already struggling to pay high energy costs, including the Jan. 1 increase in standard offer prices of more than 80%.”

Seth Berry, a former state representative who recently stepped down to focus on a ballot referendum to create a statewide consumer-owned power utility that would replace CMP and Versant, noted that people covered by consumer-owned utilities operating in 97 towns in Maine now pay half as much for their electricity as CMP and Versant customers.

“When a for-profit monopoly like CMP or Versant says it is boosting its ‘investments,’ you should be afraid — very afraid,” Berry said in a statement. “What they actually mean is they plan to boost future profits at your expense.” 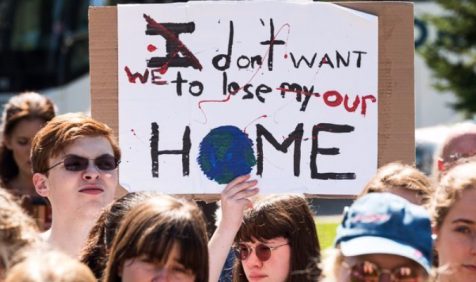 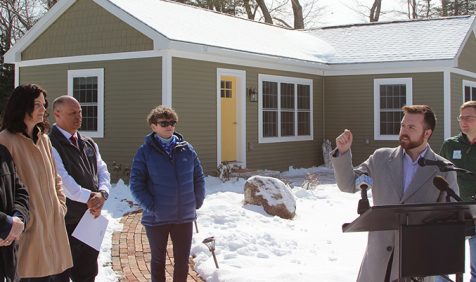 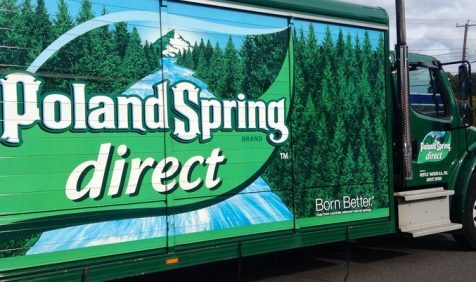 Selling off a precious resource is never a good idea. But what happens when a drought hits, and a multinational…