The workers at an Augusta Chipotle who lost their jobs this summer after trying to form a union were at the center of a Congressional hearing Wednesday on the need for more labor protections.

The House Committee of Education and Labor held a hearing called “In Solidarity: Removing Barriers to Organizing,” during which experts and workers testified on the tactics employers often deploy to thwart employees’ attempts to form unions.

Maine’s Chipotle workers were pointed out by several members of Congress as an example of how far employers are willing to go. In July, after a majority of workers at the Augusta restaurant filed to form a union called Chipotle United, the fast food chain responded by announcing it was permanently closing the location.

Ahead of the hearing, First District Rep. Chellie Pingree, a Democrat, echoed what many in Maine’s labor movement have called a blatant example of union busting.

“The widespread examples of unfair labor practices at companies like Chipotle, Starbucks, Amazon, and more raise questions about whether penalties against employers are strong enough,” Pingree said in a statement.

She added, “I’ve called for a National Labor Relations Board investigation on the Chipotle closure, which is in progress, and I am working with my colleagues in Congress to continue holding these corporations accountable.”

Michelle Eisen, a barista at a Starbucks in Buffalo, which was the first location in the nation to unionize, detailed to Congress how the company surveilled and intimidated workers ahead of their union vote.

“Out-of-town corporate managers were shipped in,” she told the committee. “There was a managerial presence trying to prevent any conversations from happening about the union. It forced a lot of the workers who were pro-union and wearing pins from the onset of the campaign to remove those pins, not because they were no longer for the union, but because they felt that wearing that pin made them a target.”

“Intimidating doesn’t seem like a strong enough word,” she said.

Since the Buffalo location voted to unionize in December 2021, 237 Starbuck stores across the country have organized, including in Biddeford. Eisen said over 100 union organizers have been fired by Starbucks during the unionization wave and 350 Unfair Labor Practice complaints have been filed with the National Labor Relations Board, the federal agency that enforces labor law.

The Buffalo workers are still without a contract and Eisen told members of Congress she suspects that is a delay tactic by the company while they try to orchestrate a vote to decertify the new union.

Washington Rep. Pramila Jayapal, a Democrat and chair of the Congressional Progressive Caucus, asked Eisen what she thought of the closing of the Augusta Chipotle.

“It’s breeding fear,” said Eisen, who disclosed that she had heard similar threats from Starbucks management ahead of their union vote. “It’s following through on threats. It’s inappropriate and not right.”

Rep. Joe Courtney (D-Connecticut) also asked Georgetown University professor and former NLRB chairman Mark Pearce about the retaliation by Chipotle against Maine workers. In addition to losing their jobs, workers have accused the chain of blacklisting those involved in the union campaign and blocking them from being rehired at other locations.

“That kind of devastating, diabolical activity has to be looked at very carefully,” Pearce said.

‘The forefront of a new labor movement’

During the hearing, Democrats highlighted the numerous labor protections in the Protecting the Right to Organize Act, also known as the PRO Act. Passed by the U.S. House last year but yet to get a vote in the Senate, the PRO Act would bar employers from holding captive-audience meetings where consultants are often paid to persuade workers to vote against the union.

About 74% of employers use such consultants, Cornell University professor Kate Bronfenbrenner told the committee.

The PRO Act would also weaken so-called “right-to-work” laws, which exist in 27 states and make it harder for unions to organize. The bill would also allow unions to participate in solidarity strikes with other workers. Such solidarity actions, which the early American labor movement used to mount pressure for broader political change, not just workplace concerns, were outlawed in 1947 by the Taft-Hartley Act.

The PRO Act would also help newly-unionized workers win a first contract by mandating the process go to an arbitrator if the employer does not begin negotiating within 10 days of receiving a written request from the union.

About a third of workers that win a union do not have contracts after three years, according to Bronfenbrenner.

“I’m proud to be an original cosponsor of the PRO Act, which would increase civil penalties when employers are found to violate workers’ rights under the National Labor Relations Act,” Pingree said.

Pearce praised the PRO Act for giving workers a “roadmap to reach a first contract.”

However, Roger King, senior policy counsel for the HR Policy Association, argued that the act’s provisions banning captive-audience meetings amounted to an “impediment of free speech” for employers.

During the hearing, King and several Republicans representing right-to-work states downplayed the recent uptick in unionization in the fast food and service economy, sectors that have until recently been hard to organize, largely owing to the rapid turnover of low-wage workers. Some passed the surge off as a fake media narrative. They noted that only 3% of Starbucks locations have been unionized so far, and overall just 6% of private-sector employees currently work under a union contract.

But Eisen said those numbers are likely to rise, especially if workers are given more tools to organize through legislation such as the PRO Act.

“Despite this overwhelmingly negative response from Starbucks, we find ourselves at the forefront of a new labor movement,” she said. “Over 6,300 Starbucks workers have unionized at over 237 locations across the U.S. so far. But these victories are due entirely to the courage of these workers in the face of this abusive conduct by the company. It should not take an act of bravery to ensure that you have a voice at work.”

She added, “We need labor law reform like the PRO Act so that the laws work to protect the people they were put in place for.”

Top photo: Video still of Rep. Pramila Jayapal speaking before the House Committee of Education and Labor on Wednesday. 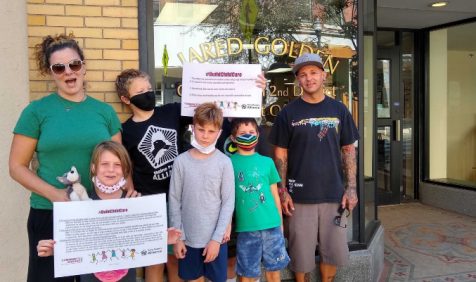 Volunteers and organizers delivered a list of demands to U.S. Rep. Jared Golden’s offices on Tuesday, urging the Maine Democrat… 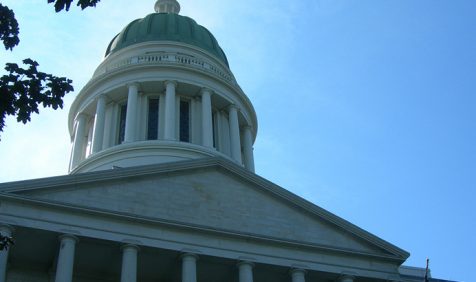 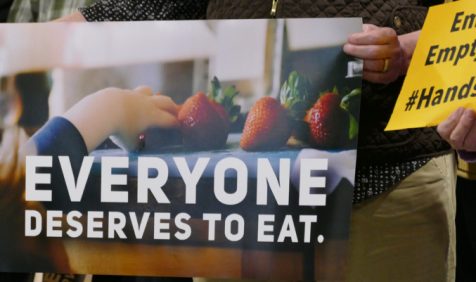 In a last ditch appeal to Rep. Bruce Poliquin, concerned citizens hand-delivered hundreds of signatures and messages from voters asking…