In a decision by a conservative majority largely appointed by presidents who lost the popular vote, the U.S. Supreme Court on Friday struck down Roe v. Wade, invalidating the constitutional protection to an abortion in a ruling that immediately puts reproductive rights at risk in 26 Republican-led states.

The ruling was 6-3, with conservative justices Samuel Alito, Clarence Thomas, Brett Kavanaugh, Neil Gorsuch and Amy Coney Barrett upholding a Mississippi law that would prevent most abortions after 15 weeks while also outright overturning the 1973 Roe decision that enshrined abortion rights into law. Chief Justice John Roberts filed a separate opinion concurring in the judgment to uphold the Mississippi statute.

Kavanaugh, Gorsuch, Barrett, Roberts and Alito were all appointed by presidents who originally won the White House despite losing the popular vote.

The court’s three liberals, Stephen Breyer, Sonia Sotomayor and Elena Kagan, issued a blistering dissent of the radical conservative court’s opinion. “With sorrow — for this Court, but more, for the many millions of American women who have today lost a fundamental constitutional protection — we dissent,” Breyer wrote.

The ruling comes after a draft opinion leaked in May showed a majority of justices were prepared to overturn abortion rights enshrined in Roe v. Wade. That draft opinion generated outrage, but the ultimate outcome of the case remained unchanged.

‘A fundamental assault on women’s rights’

Abortion rights in many conservative-led states are likely to be immediately curbed following the decision.

In Maine, though, lawmakers have codified abortion into state law, meaning it is still legal following the ruling. However, the entire state legislature and the Blaine House are up for grabs in November’s election and the Maine Republican Party and GOP gubernatorial nominee Paul LePage are hostile to abortion rights, putting reproductive health care at risk if the former governor and a Republican majority are elected in November.

Current Democratic Gov. Janet Mills is a supporter of abortion and decried the Supreme Court ruling in a statement Friday.

“This decision is a fundamental assault on women’s rights and on reproductive freedom that will do nothing to stop abortion. In fact, it will only make abortion less safe and jeopardize the lives of women across the nation,” Mills said. “In Maine, I will defend the right to reproductive health care with everything I have, and I pledge to the people of Maine that, so long as I am governor, my veto pen will stand in the way of any effort to undermine, rollback, or outright eliminate the right to safe and legal abortion in Maine.”

Others around the state also condemned the court’s ruling.

“By overturning Roe v. Wade, the Supreme Court has now officially given politicians permission to control what we do with our bodies, deciding that we can no longer be trusted to determine the course for our own lives,” said Nicole Clegg, vice president of public affairs at Planned Parenthood Maine Action Fund. “This dangerous and chilling decision will have devastating consequences across the country, forcing people to travel hundreds, sometimes thousands, of miles for care or remain pregnant.”

Clegg emphasized that abortion is still legal in Maine but noted the threat that LePage and Republicans in the state pose to reproductive health rights. She added that despite the actions of a reactionary Supreme Court, support for legal abortion remains strong around the country, with about 80% of people in favor.

Those in need of abortion-related health care can go to ppnne.org or call Planned Parenthood of Northern New England at 1-866-476-1321 to book an appointment, Clegg said.

In response the decision, Clegg said the group is organizing a march tonight at 5:15 p.m. in support of abortion rights. The rally will start at Lincoln Park in Portland and continue to City Hall, where there will be speakers. In addition, Maine’s three abortion providers — Planned Parenthood, Maine Family Planning and the Mabel Wadsworth Center — will be holding an online forum June 25 at 6:30 p.m. to provide an opportunity for community members to respond to the ruling.

“The impacts of this decision will fall hardest on people who already face discriminatory obstacles to health care — particularly Black, Indigenous, and other people of color, people with disabilities, people in rural areas, young people, undocumented people, and those having difficulty making ends meet,” a spokesperson for Maine Family Planning wrote in an email.

“The right to abortion should be protected at the national level and not left to the states. But with this decision, Maine people must lift their voices together and declare emphatically that we will not be rolling back rights here in Maine,” the organization added.

Others around the state also weighed in on the decision, with the ACLU of Maine calling the ruling shameful and emphasizing the need to safeguard the right to an abortion in the state. Maine Democratic Socialists of America criticized the ruling as well and wrote on Twitter that the group will be holding a rally at Portland’s Monument Square at 2 p.m. on June 26, where people can hear from “abortion recipients, providers, and organizers, connect with attendees and form networks of support and action.”

Collins under fire after ruling

Following the decision, advocates directed ire at Maine Republican Sen. Susan Collins, who purports to support abortion rights but has helped block attempts to codify reproductive health care into law in the face of the Supreme Court case challenging Roe.

Collins also famously cast a pivotal vote in favor of Kavanaugh, who was accused of sexual assault and who many feared would rule against abortion rights. In defending her vote for Kavanaugh, Collins repeatedly claimed that the judge — along with Gorsuch, who she also voted to confirm — would respect precedent set by Roe v. Wade and not vote to overturn it. On Friday, however, Kavanaugh and Gorsuch both voted to strip the constitutional protection to an abortion.

When the draft opinion was leaked in May, advocates expressed frustration that they had repeatedly warned Collins about what voting for Kavanaugh and Gorsuch would mean for abortion rights. “Susan Collins told American women to trust her to protect Roe. She lied,” read the headline of one opinion piece published by the Daily Beast.

Following Friday’s ruling, Collins told reporters that the decision was “inconsistent with what Justices Gorsuch and Kavanaugh said in their testimony and their meetings with me, where they both were insistent on the importance of supporting long-standing precedents that the country has relied upon.” The Maine Republican added that the court’s ruling overturning abortion “is a sudden and radical jolt to the country that will lead to political chaos, anger, and a further loss of confidence in our government.”

However, the group Mainers for Accountable Leadership argued that by voting for Kavanaugh and Gorsuch after reproductive health advocates begged her to oppose them, Collins chose a path that helped lead to Friday’s decision.

“Senator Collins, the overturning of Roe and Casey is your legacy,” the group tweeted. “While you call yourself a trailblazing woman you have used that power to take away a woman’s bodily autonomy. That’s enabling patriarchal and misogynistic systems. We will never forget.”

The Maine Democratic Party also criticized the senator, arguing that Collins’ vote for Kavanaugh and “other virulently anti-choice justices” in part paved the way for abortion rights to be overturned.

Others in the state’s congressional delegation weighed in on Friday’s ruling as well. U.S. Rep. Chellie Pingree called the decision catastrophic and said it represents “the culmination of a decades-long effort by Republican extremists to install anti-choice justices on a high court that routinely overrules Congress and the public’s will with impunity.”

In his statement, Sen. Angus King said the decision was “infuriating” but “unfortunately not a surprise.” He said the goal of overturning abortion rights through the Supreme Court was made explicit by Trump and was a large reason for why — in contrast with Collins — he voted against confirming Gorsuch and Kavanaugh.

“This ruling goes against the wishes of the majority of Americans, and lays a terrifying groundwork for this court to unravel many other hard-earned civil rights in the years ahead,” King said. 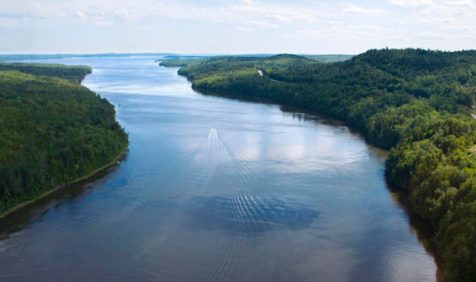 Hoping to jumpstart the long-awaited process of cleaning up mercury pollution in the Penobscot River, groups are urging Mainers to… 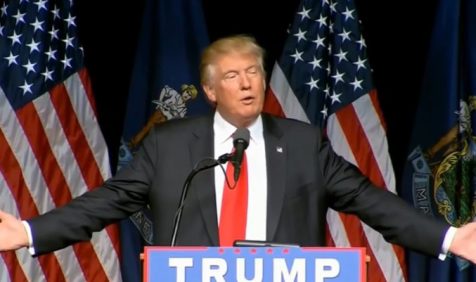 On September 13th, the Boston Globe published the results of a Globe/Colby College poll that showed that the presidential race…