Despite gathering enough petition signatures to get publicly-funded municipal elections on Portland’s November ballot, last week the city council voted to defer putting the issue before voters on advice from the city’s legal counsel.

Councilors were advised that such a change — one which dictates how they spend public money — cannot be made simply through an amendment to the city charter. Instead, it warrants opening a lengthy charter revision process involving an appointed commission. 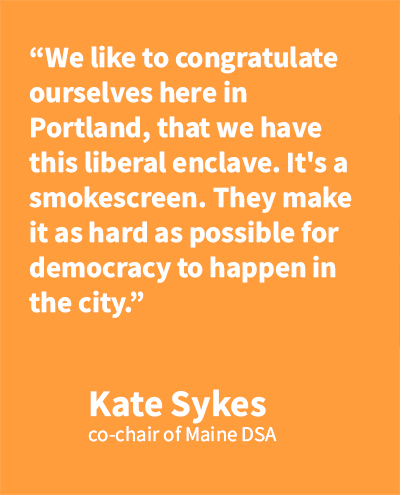 The organizers who gathered the petitions, Fair Elections Portland, disagree — and they are prepared to sue the city unless its government sends the policy out to voters as a charter amendment.

But Fair Elections Portland say that any lawsuit they might bring would not be just about their clean elections initiative. The lawsuit would be meant to challenge city staff and a council that seem set against granting significant decision-making power to popular, direct democracy.

“I don’t think that this has as much to do with the content of our initiative, as it has to do with a reluctance on the part of the city to give this much power to citizens,” said Fair Elections Portland chair Anna Kellar, who on Monday evening plans to again ask the city council to send the initiative out as an amendment. Only Mayor Ethan Strimling and Councilor Pious Ali voted to do so last week.

“I think a lot of them may genuinely want public funding, but they don’t like the idea of the precedent that this sets — that they could be bound to spend money,” Kellar said. “And I’m not saying any of it’s personal. That’s structural.”

The signature threshold to change policy by petition is relatively higher in Portland than at the state level. A simple ordinance proposal with no funding attached only requires 1,500 signatures from city residents. But to do something bigger, to amend the city charter by petition, it requires signatures amounting to 20 percent of the voter turnout in the last municipal election. Statewide ballot initiatives require 10 percent of the number who voted for governor, and allows petitioners 18 months to gather signatures after filing with the Secretary of State. In Portland, petition collectors are only given four months.

But those petitions were incorrect, says the city’s corporation counsel, Danielle West-Chuhta, who believes the degree of change is too substantial to go forward as a citizen-initiated amendment. The proposal would alter the fundamental structure of city government by binding the council to fund the program, she contends, thereby reducing their discretion. It necessitates opening up the entire charter, which would require a commision of appointed and elected members to oversee any revisions through an involved legal process.

The last time Portland’s charter was opened was in 2009, when the city changed the mayor position from being appointed by the council to being popularly elected through ranked-choice voting. At the time, the Portland Charter Commission considered including a clean election law, according to school board member Anna Trevorrow and state Sen. Ben Chipman, who both sat on that commission. They told council members last week that they postponed implementing it, however, deciding that it could be taken up in the future outside the charter revision process if voters or the council wanted.

Last week, Councilor Belinda Ray interpreted the minutes from those 2010 meetings differently. She said that she believed the commission did not have time to take up clean elections and agreed with West-Chuhta’s counsel that another commission is necessary.

With about 8,500 signatures gathered by Fair Elections Portland in support of the charter amendment, the city council must now decide whether to put the question before a charter commission — which was not included on the petition — or backtrack and side with Strimling and Ali, who voted to put the amendment to voters as is.

“They’re in a procedural dead-end right now. They could have just sent it out as an amendment. They made it complicated,” Kellar said.

“We could have given up many times along the way. We are of the feeling that if we don’t fight this, no one else is going to have the ability or the resources to do that,” they said, noting that the organization is represented by civil attorney John Brautigam. “A citizen group that was all volunteer wouldn’t have that option.”

A potential lawsuit filed by Fair Elections Portland would essentially argue that layers of legalism are being used by the council to insulate against popular participation.

In Portland, the mayoral position attracts people with big, progressive agendas, but who ultimately hold limited power to carry out these ideas. The role has less administrative power than the city manager position, held by Jon Jennings since 2015. The suit would also come at a time when corporate interests, including some of the biggest commercial real estate developments happening in Maine, are vying with an engaged grassroots activist base for control over how much, or how little, municipal government should do.

Organizers with the Southern Maine Workers’ Center, the Southern Maine Democratic Socialists of America, the Maine Women’s Lobby, Portland OPS and Homeless Voices for Justice, among others, are a regular presence at council meetings. They want city government to be involved in things like assuring affordable housing, improving schools, providing asylum seekers, the homeless, and people with dealing with substance-use disorders with shelter and services, and mandating employers share the benefits of economic growth with their employees. Jennings has been a leading force in Portland against bonding for elementary school improvements, and for closing the India Street homeless shelter.

Strimling invited grassroots organizers to the table when city councilors were drafting a paid sick days ordinance, involving the people who would most be affected by the policy in the actual policymaking. Ironically, those groups were described as an “outside entity” by former mayor and eight-term Councilor Nick Mavodones before he and four other councilors voted down the ordinance in May.

Many of Portland’s organizers see the council and administration as more conservative than the city’s progressive voting base.

“While we were trying to get the city council to pass the paid sick day ordinance, Houston, Texas passed their own very progressive ordinance,” said Kate Sykes, co-chair of Maine DSA. “We like to congratulate ourselves here in Portland, that we have this liberal enclave. It’s a smokescreen. They make it as hard as possible for democracy to happen in the city. It’s not just that the technocrats within city government define what’s possible, it’s that the whole system has been set up that way.”

Sykes believes that a clean elections law could actually challenge an insular city government that she says does not resemble the voters.

Last week, real estate attorney and Councilor Spencer Thibodeau announced endorsements for his mayoral campaign from five of the six councilors who voted with him to withhold putting the citizen-initiated clean elections question before voters in November.

“Around public financing, I’m not surprised to see the pushback that we’re seeing,” Sykes said. “I mean, this citizen ballot initiative confronts capital at a very radical level, right at the root — which is the true meaning of the word ‘radical.’ We’re engaged in existential questions about the running of our city.”

The organizers behind Fair Elections Portland avoid commenting on the city’s politics. But they do believe the council’s decision last week to delay a vote on their clean elections initiative is an example of the cart leading the horse in state and local politics, where elected officials defer to unelected administrative staff, who define the depth of the reform possible, instead of the other way around.

“I watched this happened at the [Maine] Secretary of State’s office, where they’ll say, basically, ‘This would be really hard. We don’t want to do it.’ And that is taken as a reason to not do it,” said Kellar, who is also the executive director of the non-partisan Democracy Maine, a partnership between the Maine Citizens for Clean Elections and the League of Women Voters of Maine. “With all due respect to the work that the Secretary of State does — I want them to have all the resources they need to get the work done — but they’re there to carry out what the legislature wants them to do, and the legislature is there to serve the will of the people.”

Regarding the Portland City Council’s vote last week, Kellar said, “It’s not a radical thing for them to say, ‘We’re going to err on the side of what citizens want us to do, as opposed to erring on the side of what preserves the most power for us,’ which is what they’re doing.” 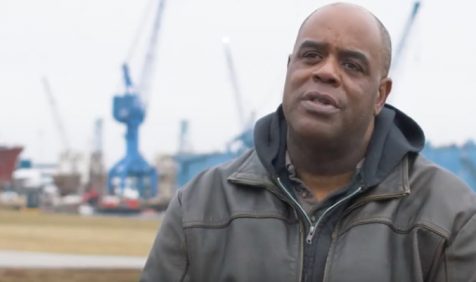 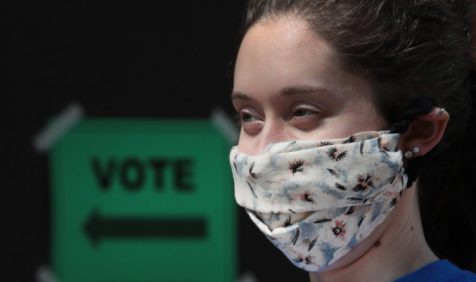 The 2020 election will be like no other: experts predict record turnout, more Maine voters plan to cast their vote… 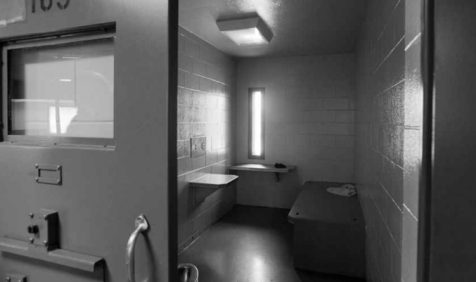 On the podcast this week, Ben Chin and Mike Tipping discuss how, despite some recent headlines you may have seen,…