Maine climate activists condemned a ruling by the U.S. Supreme Court on Thursday that severely limits the power of the Environmental Protection Agency (EPA) to combat climate change and has broader implications for federal authority.

“This case is really about coal companies’ radical agenda to try and save themselves,” said Ania Wright, an organizer with Sierra Club Maine. “Coal companies and far-right politicians want the Supreme Court to gut the Clean Air Act and return to the legal framework that we had before the 1970s.”

In the 6-3 decision on West Virginia v. Environmental Protection Agency, the conservative-majority Supreme Court sided with a block of states led by West Virginia that preemptively sought to block the Biden administration from setting standards that are likely to result in a shift away from coal plants and toward those powered by cleaner energy sources.

At the heart of the case was the Clean Power Plan, an Obama administration policy to force power plants to bring down carbon emissions that was first proposed by the EPA in 2014. But the CPP never actually went into effect. It was stopped by the courts and abandoned by the Trump administration and President Joe Biden never brought it back.

Coming on the heels of other far-right decisions by the court on abortion, guns and the separation of church and state, Thursday’s ruling was seen as particularly extreme as it has the potential to severely constrain the executive branch from responding to climate change and other problems.

“Instead of empowering the EPA to clean up deadly toxins, this radical Supreme Court has granted another giveaway to corporate polluters at the expense of human health and the preservation of our communities,” Maine Rep. Chellie Pingree said in a statement after the ruling. “Make no mistake: this decision will set us back years in the fight against climate change.”

Around the country, climate activists condemned the ruling and the court as illegitimate.

“A Supreme Court that sides with the fossil fuel industry over the health and safety of its people is anti-life and illegitimate,” the youth-led Sunrise Movement tweeted.

“Minority rule in the United States is a threat to life on earth,” tweeted Kate Aronoff, author of “A Planet to Win: Why We Need a Green New Deal”.

The opinion, authored by Chief Justice John Roberts, doesn’t go as far as outright banning the EPA from regulating greenhouse gases, but it does take a much narrower interpretation of what the EPA is authorized to do under the Clean Air Act. Previous courts found that greenhouse gases fit within the act’s definition of “air pollutants,” which the EPA is tasked with regulating. The act was passed in the 1970s before climate change had become a major policy concern, and the court previously found the act flexible enough for the EPA to regulate what lawmakers hadn’t specifically anticipated at the time.

The legal justification used to overturn the precedent was developed by Justice Brett Kavanaugh — who Sen. Susan Collins played a pivotal role in seating on the bench — during his 12 years on the U.S. Court of Appeals for the D.C. Circuit.

In the lower court, Kavanaugh voted in a number of cases to limit the regulatory power of the EPA, citing the “major questions doctrine,” which he says prevents a federal agency from regulating something “major” unless it has specifically been ordered to by an act of Congress.

On top of kneecapping the EPA, the decision has broader implications for curtailing the authority of the executive branch.

“Like many recently invented doctrines beloved by the court’s conservatives, the major-questions doctrine is infinitely flexible. Where’s the line between a major question and a minor question? Wherever the conservative majority wants to draw it,” Washington Post columnist Paul Waldman wrote. “In practice, the court’s conservatives can just forbid agencies from carrying out any regulatory activity they don’t like, on the grounds that it’s too ‘major.’”

He continued, “This is part of a project conservatives call the ‘deconstruction of the administrative state,’ dismantling the government’s ability to protect citizens and solve problems.”

The decision could also make it harder to pass sweeping legislation like the Affordable Care Care, which was laid out in broad strokes by Congress, leaving many of the technical details to the federal agencies in charge of implementing the health care reform.

Executive action has also been used by Democratic and Republican administrations as a way to bypass gridlock in Congress, where the Senate’s anti-democratic filibuster rule currently makes most meaningful legislation impossible.

Rather than feeling powerless to effect change at the federal level, Wright said the court’s decision will allow climate activists to see more clearly the vested interests that lie in the way of bold environmental policies.

“The Supreme Court has an incredible amount of power and influence in the U.S.,” she said. “But there’s other tools that we can use, including state policy. That’s where we’ve seen a lot of climate action in the last couple of years and some true leadership.”

Wright said law and policy is just one tool for creating change and explained that this moment calls for deeper movement building.

“This is also a call for solidarity and intersectionality as we move forward,” she said. “This isn’t just the EPA ruling. It’s the Roe ruling. It’s the gun legislation ruling. It’s so many things. I think we can’t allow our movements to be siloed into these single-issue areas. They’re all interconnected.” 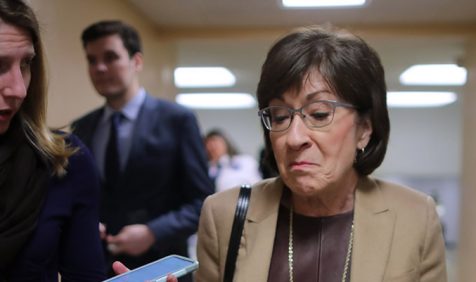 Sen. Susan Collins may have won her fifth term in Congress, but she isn’t done fundraising. In emails to supporters… 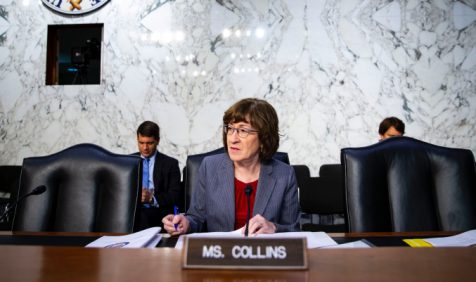 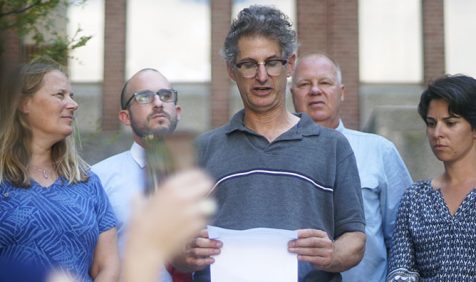