Campaign finance reports reveal Dr. Christiane Northrup, who was named one of the twelve most influential spreaders of vaccine misinformation on social media by the Center for Countering Digital Hate, is supporting the gubernatorial campaign of former Maine Governor Paul LePage.

Northrup, a Dartmouth-educated physician and best-selling author turned vaccine disinformation superspreader, donated $21.33 to the LePage campaign every month since July 2021 for a total of $127. The recurring donation is part of LePage’s “Gov Club” subscription, which gives subscribers early access to event tickets and exclusive campaign merchandise.

Northrup did not respond to Beacon’s request for comment regarding her support of LePage.

Along with anti-vaccine conspiracizing, the Yarmouth-based doctor has a history of promoting the far-right QAnon conspiracy to her followers. In an October 2020 Facebook Live video, she urged her fans to “personally look up Q” and do their own research on the conspiracy, which claims former President Donald Trump is waging a secret war against a global cabal of Satan-worshiping pedophiles led by prominent Democrats and Hollywood celebrities. The QAnon movement is considered a “domestic terror threat” by the FBI.

“The real conspiracy has nothing to do with whatever Q is,” Northrup said. “It is the blatant and egregious censorship in the mainstream media of anything that goes against the mainstream narrative of: ‘Something dangerous is out there that will kill us if we don’t mask up, and we can’t leave our homes until we’ve all been vaccinated.’”

LePage isn’t the only 2022 Maine candidate Northrup has donated to. In September 2021, campaign finance reports show she gave $250 to state Rep. Laurel Libby (R-Auburn), who is among the leaders of the 2020 people’s veto campaign opposing childhood vaccination in Maine. Libby’s campaign sought to repeal LD798, which became law in May 2019.

The legislation tightened vaccination rules for those attending public school in Maine by repealing religious and philosophical immunization exemptions. Before the law went into effect, more than 5% of Maine students sought vaccine exemptions — a rate more than three-times higher than the national average.

Last summer, Sampson made a name for herself among anti-vaxxers by hosting a series of conspiracy-filled rallies. At an August 2021 event, Sampson equated Gov. Janet Mills’ vaccine mandate for healthcare workers to Nazis who conducted deadly human experiments. The comments made national news and prompted some lawmakers to call for her resignation.

Kevin Finkenaur, owner of Liberty Bell Moving and a self-identified participant in the Jan. 6 insurrection, gave $250 to LePage in September 2021 as well. Liberty Bell’s Facebook page frequently posts about the “Big Lie,” an amalgam of voter fraud conspiracies that inspired the January 6th insurrection.

On the anniversary of the riot earlier this month, Liberty Bell Moving posted a video titled “Suitcases Filled with Ballots, Real Footage.” The video baselessly asserts widespread voter fraud during the 2020 election, and surmises “global elites” were responsible for stealing the election from Trump.

Meanwhile, LePage’s likely Democratic challenger, Mills, ended the year with almost $1 million cash on hand compared to LePage’s $450,000. She also leads him in current total fundraising netting more than $1.6 million to LePage’s nearly $900,000. These numbers may not necessarily be indicative of an electoral advantage though as LePage won his two previous gubernatorial campaigns despite being outraised.

While Mills is yet to officially announce her reelection campaign, she did receive $3,220 for “research” from the Maine Democratic State Committee, the group responsible for choosing Democratic Party nominees for state office. According to a September IPSOS/Spectrum News Poll, 87% of Democrats approve of the job Mills has done. 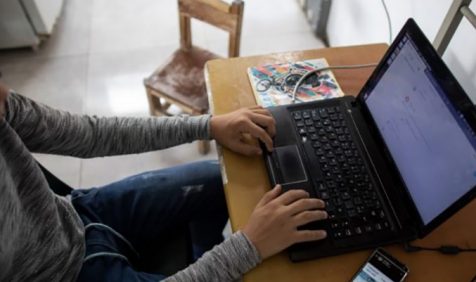 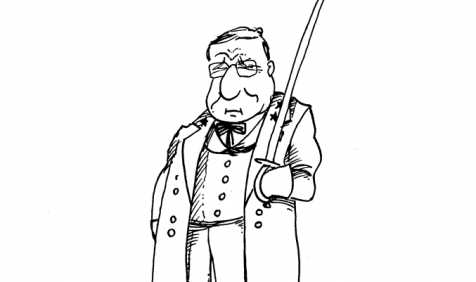 On Tuesday, Maine Governor Paul LePage, as part of a series of false and inflammatory statements, ridiculously claimed that 7,600…