The energy permitting proposal centrist Democrat U.S. Sen. Joe Manchin III made a condition of his support for a major Senate Democratic measure would impose timelines on federal agencies responsible for approving energy projects, according to text of the measure released late Wednesday.

Congressional Democrats are deeply divided over the Manchin permitting bill, with some on the left worried it would remove tools for communities to oppose projects with major environmental impacts. Other advocates have argued the bill would primarily facilitate gas projects and exports.

The chairman of the House Natural Resources Committee, Rep. Raúl Grijalva of Arizona, blasted the Manchin plan on Wednesday night and said, “My colleagues and I don’t want this.”

A provision in the legislation to approve the Mountain Valley Pipeline in Virginia and Manchin’s home state of West Virginia also alienated Virginia Democratic Sen. Tim Kaine, who said he was not consulted and raised strong objections.

Meanwhile, Oregon Democratic Sen. Jeff Merkley is leading a letter from Senate progressives urging separate votes on a must-pass stopgap spending measure and the permitting legislation, according to a Politico report.

Adding to problems, the top Senate Republican on the chamber’s spending committee told States Newsroom on Wednesday afternoon that the inclusion of the permitting measure and other provisions may make the stopgap bill unworkable.

Some politicians in Maine, however, have expressed support for the concept behind the bill. While a spokesperson for Rep. Jared Golden did not respond to a request for comment, the Maine Democrat specifically praised Manchin’s push for the permitting measure in an August piece detailing his support for the Inflation Reduction Act.

In addition, Sen. Angus King favors making changes to the nation’s permitting laws. A spokesperson for King wouldn’t specifically say whether the Maine independent supports Manchin’s bill but did point to a speech last week where King backed the concept of permitting reform and said, “We’ve got to figure out how to do this in a more timely way.”

A spokesperson for Rep. Chellie Pingree didn’t respond to a request for comment on her position on Manchin’s bill. Sen. Susan Collins’ office declined to comment, although she told reporters last week she was concerned about using the government funding measure as a mechanism to pass the Manchin legislation.

Senate Democratic Leader Chuck Schumer has continued to say the Manchin plan would be included in the stopgap spending bill to keep the government open when the fiscal year ends Sept. 30.

The Manchin bill would not remove any federal permitting requirements.

Instead, it would prescribe timelines for federal agencies to complete their reviews, including a two-year target for National Environmental Policy Act reviews on major projects. Such reviews can take up to 10 years, Manchin has said.

The bill would also set a five-month limit on court challenges and require federal agencies to act within six months when a court remands a decision to them.

Manchin’s proposal would also designate a lead federal agency to coordinate project reviews. The lead agency would monitor requirements and deadlines set at the state level.

Manchin and other supporters of the measure have said it is needed to deliver energy from renewable sources like wind and solar.

“If you’re going to build a wind farm or a solar farm in the middle of the desert where there’s no people…you’ve got to have permitting reform to get it done,” Manchin said Tuesday. “You’re not going to be able to deliver the energy that people need.”

But members of Senate Democrats’ progressive wing have for weeks criticized the concept of permitting reforms, which they say would remove power from local communities seeking to challenge pipelines and other projects.

Merkley, the chairman of the Senate Appropriations panel on Interior and environmental agencies, and Sens. Cory Booker of New Jersey, Tammy Duckworth of Illinois, Elizabeth Warren of Massachusetts and Bernie Sanders of Vermont all reportedly signed on to the letter calling for separate votes on the permitting bill and the stopgap bill — which would allow senators to stake out a clear position on the Manchin plan.

A spokeswoman for Merkley confirmed the Politico report but declined to comment further or provide a copy of the letter Wednesday.

More than 70 House Democrats sent a similar letter to leaders of their caucus earlier this month.

Grijalva, who spearheaded House Democrats’ letter, issued a strong statement in opposition to the Manchin proposal.

“These dangerous permitting shortcuts have been on industry wish lists for years,” he said. “And now they’ve added the Mountain Valley Pipeline approval as the rotten cherry on top of the pile.

“The very fact that this fossil fuel brainchild is being force-fed into must-pass government funding speaks to its unpopularity.”

Kaine said he agreed “with the need to reform our broken process for permitting infrastructure,” but disagreed with the congressional approval of the pipeline — a provision he said he was not consulted on.

“Green-lighting the MVP is contrary to the spirit of permitting reform,” he said. “Such a deliberate action by Congress to put its thumb on the scale and simply approve this project while shutting down opportunities for full administrative or judicial review is at odds with the bipartisan desire to have a more transparent and workable permitting process.”

In a statement accompanying the bill announcement, Manchin repeated that Schumer, House Speaker Nancy Pelosi and the White House had all agreed to pass the legislation, which was part of a deal this summer to pass a huge package of climate, health and tax measures.

The Democrats opposed to the bill have not threatened to vote against the combined measure and risk a government shutdown.

With annual government funding set to expire at the end of the month, Congress is expected to consider very soon a short-term bill to keep the government open for the coming months.

Alabama’s Sen. Richard Shelby, the top Republican on the Senate Appropriations Committee, said he and fellow GOP lawmakers may filibuster the short-term government funding bill — which would need Republican support to pass — if Democrats add too many additional provisions.

That means they would not supply the 10 Republican votes needed for any legislation to advance in the evenly divided Senate.

“What could be telling would be when Schumer puts the legislation on the floor and there’s a motion to proceed, subject to debate, subject to 60 votes — that vote will be indicative of maybe things to come if he’s loaded it up with extraneous things,” Shelby said. “It probably won’t carry that well.”

When asked about Manchin’s permitting reform bill, which at that point had not been made public, and Schumer’s commitment to add it to the must-pass government funding bill, Shelby said, “I think it’s going to be hard to carry that.”

“We haven’t seen the language of it,” he said. “But it’s a raw political deal.” 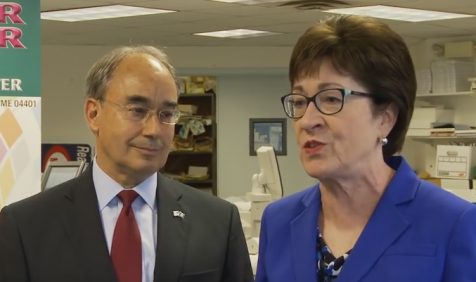 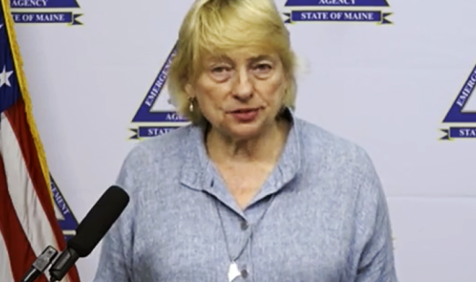 Advocates are worried that a recent executive order signed by Gov. Janet Mills requiring those claiming unemployment benefits to prove… 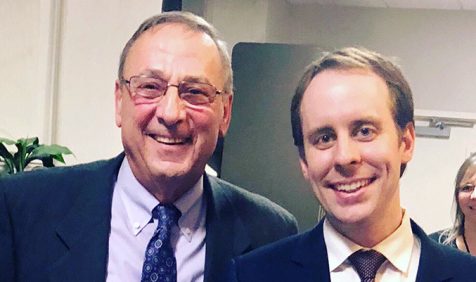 Republican U.S. Senate candidate Eric Brakey suggested in a Twitter post on Tuesday that, if reelected, Senator Angus King would…