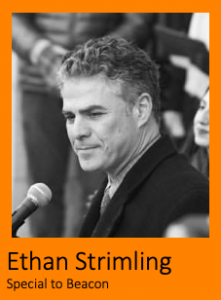 The state senator from District 14 is named Craig Hickman. He served eight years in the Maine House and is now serving his first term in the state Senate after having won a special election last year.

He’s a farmer. A small business owner. Son of an activist mother and a father who served in WWII. He’s a college graduate from one of our nation’s most prestigious schools who always puts his constituents first.

He even works in a bipartisan manner with his colleagues from the other side of the aisle. Last year, as a progressive Democrat, he co-sponsored, with a conservative Republican, the food sovereignty amendment to our Constitution that received 61% support from Maine people at the ballot box in November.

He’s non-controversial in almost every way and has consistently won easily in rural districts that usually vote Republican.

He’s a prime example of what a solid Democratic legislator looks like. He just goes about doing his job serving his constituents.

So it was kind of weird when his face, one of only three Democrats, flashed by in a recent attack ad by Maine Senate Republicans.

The video, rolling out Republican candidates for 2022, includes a montage about 30 seconds in with the usual absurd claims that Democrats are ruining the economy (I guess a lower unemployment rate than former Gov. Paul LePage had at this point in his first term isn’t good enough for them).

As you would expect, there’s a grainy picture of Senate President Troy Jackson (one of the GOP’s poster boys for signaling our party is too pro-worker), followed shortly thereafter by an even grainier picture of Gov. Janet Mills. With Mills’ photo, they even do the classic “60 Minutes” close-up to make her seem creepy.

But squeezed in the middle of those two prominent and identifiable leaders is not the Democratic Speaker of the House. It’s not either of our Democratic members of Congress. It’s not the Senate Democratic Majority Leader or Whip, or even one of the most liberal members from the “People’s Republic of Portland” who want to do such crazy things as giving women equal rights under the law.

No, it’s Senator Craig Hickman. This first-term state senator from a rural district in the middle of the state all of a sudden, out of nowhere, flashes across our screen.

Oh, did I forget to mention he is Black?

As Republicans try to win control of the state Senate with their all-white, mostly male, slate of candidates; and as Republicans try to win back the governorship with a candidate who told the NAACP to “Kiss My Butt” and said people of color coming to Maine are the enemy; I guess it is no surprise that they would blow another racist dog whistle to fire up a portion of their base.

Republicans have been playing this game across the country for decades. From Ronald Reagan’s race-baiting “welfare queens,” to George Bush Sr.’s Willie Horton ads, to Donald Trump—who didn’t even have to whistle, he just said the quiet stuff out loud.

The Maine Senate Republicans have picked up that scent in their desperation for power. 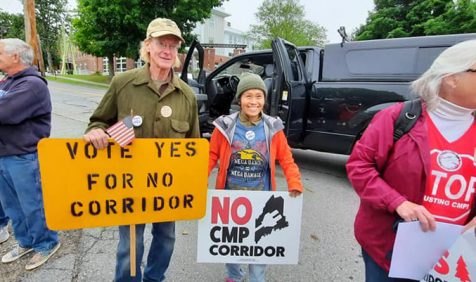 I’m so mad about CMP/Versant and the current election and what’s coming that I’m not sure where to start. And… 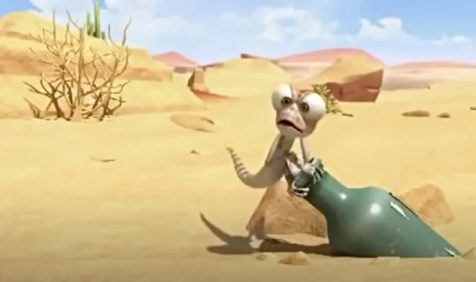 Have you seen Oscar’s Oasis yet? It’s a wonderful French-Korean animated TV series featuring an unlucky but determined lizard as… 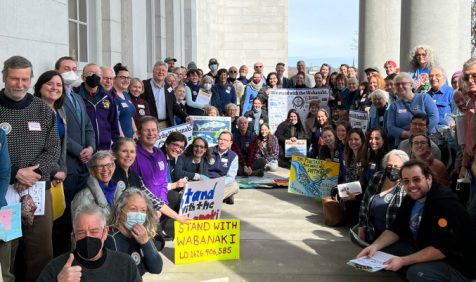 After opposition from Gov. Janet Mills halted progress on a bill that would reinforce Wabanaki sovereignty and reset a relationship…