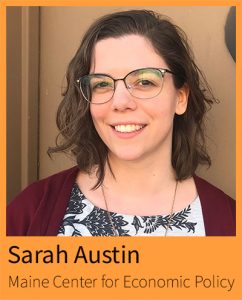 This year, lawmakers included a tax change in the state’s budget that will significantly expand tax benefits for pension recipients in Maine. Beginning in 2023, pension recipients will be allowed to exempt up to $25,000 in pension income from state income taxes, and that amount will increase to $35,000 for tax years 2025 and after. Although efforts to improve economic security of older Mainers should be a priority issue for lawmakers, this policy fails to meet the mark as the benefits are heavily weighted to help wealthy households and the policy comes at a tremendous cost to state resources. Further efforts to expand this exemption beyond what the legislature has already improved would benefit an even wealthier cohort of Mainers and come at even greater cost to revenues. 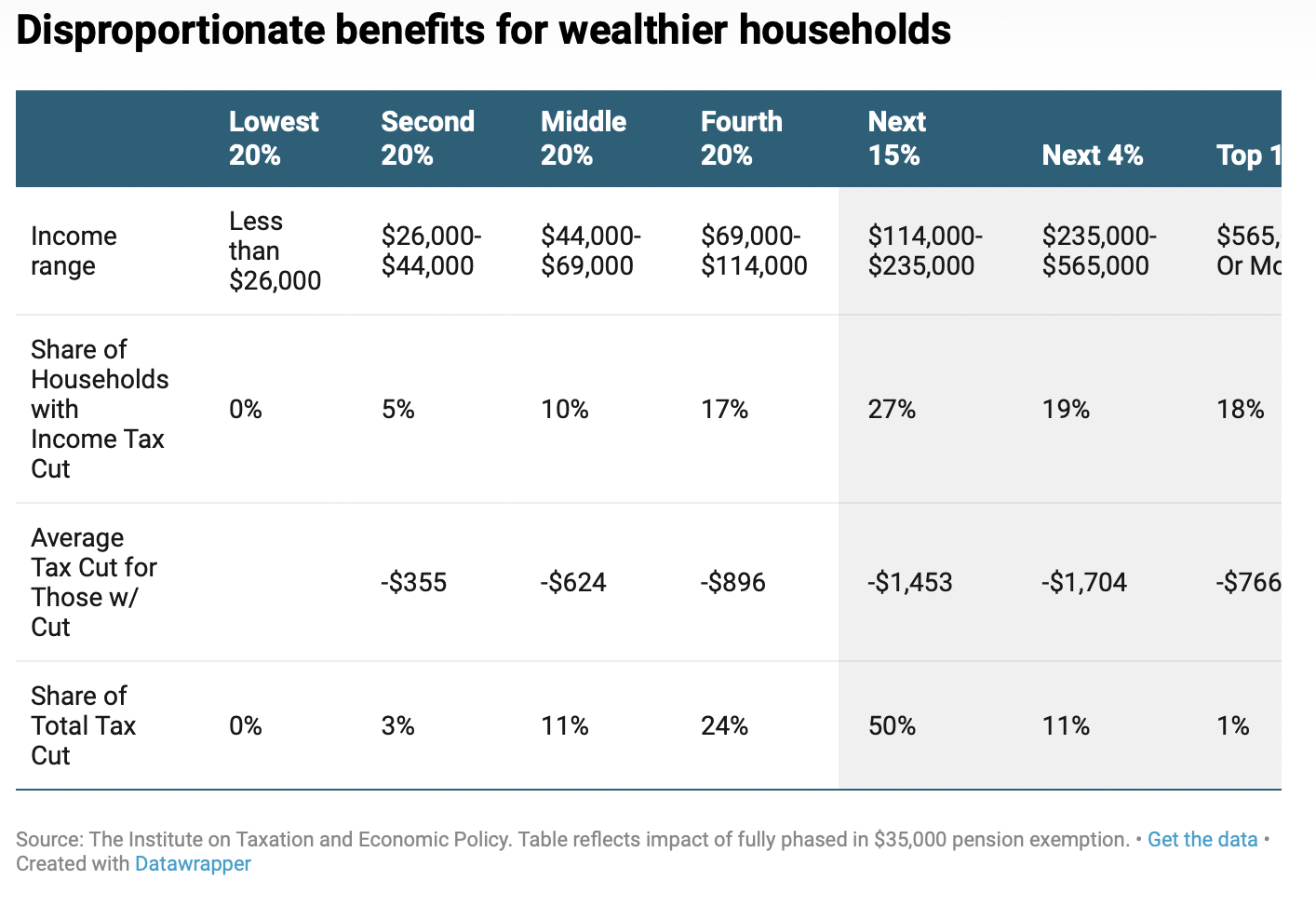 One group that will and should benefit from this change is public service retirees who paid into a state pension plan instead of social security during their time of service. The entire retirement income of lifelong public servants including teachers, transportation workers, and other state employees might be made up of public pension income and these individuals may have no social security income at all. But in Maine, public pension income does not receive the same tax exempt status as social security income. The legislature considered bills such as LD 1227 that would have specifically addressed this issue and cost considerably less but ultimately chose the much broader expansion to pension exemptions.

Even though this change was recently enacted, some people are calling for all pension income to receive tax free status. Maine Center for Economic Policy strongly opposes pursuing this policy, as the Institute on Taxation and Economic Policy estimates it would cost an additional $175 million each year and deliver nearly all benefits to the wealthiest households who can most afford to pay taxes, while doing nothing to benefit older Mainers with low income. The wealthiest 20 percent of households would receive 93 percent of the $175 million cost annually. 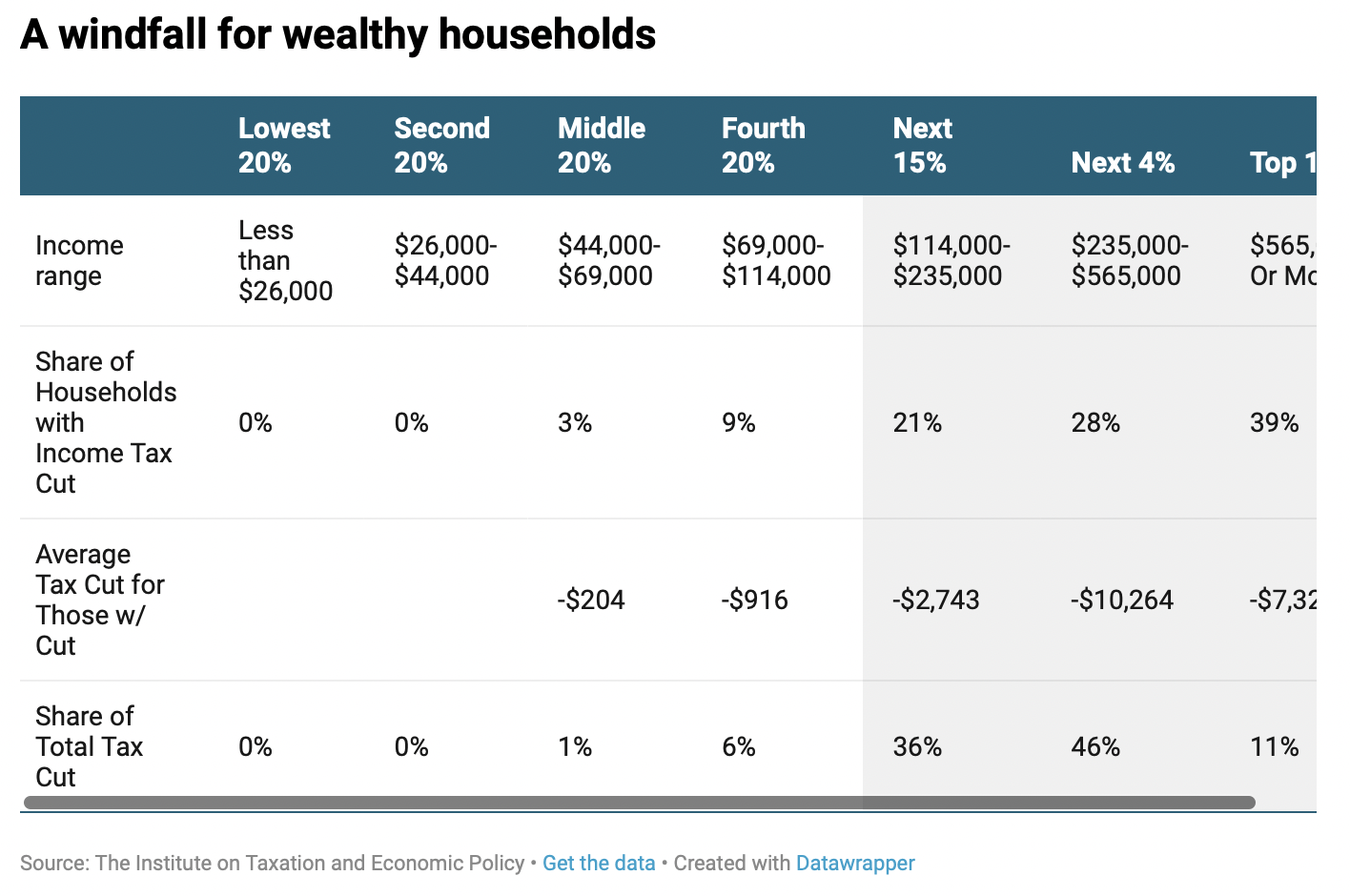 Maine has an income tax to fund essentials like schools, affordable health care, and infrastructure. The income tax is the only broad-based state and local tax that taxes residents based on ability to pay, as property and sales taxes disproportionately ask more from households with lower income. Exempting pension income from income taxation cuts huge holes into the tax code that undermine our ability to fund our shared priorities fairly and come at a great cost to the resources we have available to invest in our collective wellbeing. 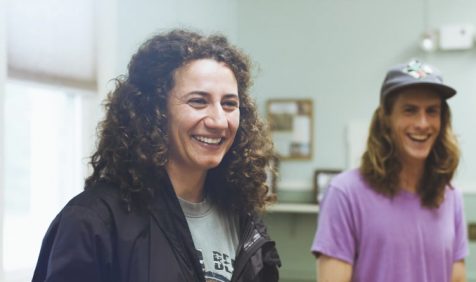 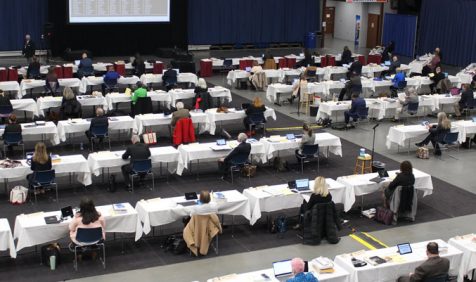 In past years, the passage of a biennial budget has often been the end of the conversation in Augusta. This… 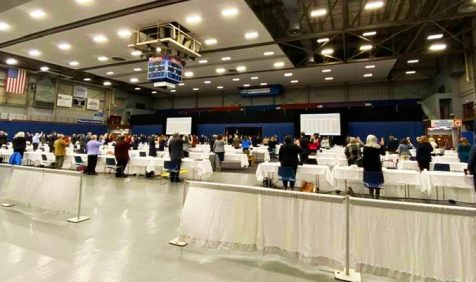 This week on the podcast: A new Maine legislature is sworn in under unique circumstances, Governor Janet Mills announces a…