Earlier this month, the U.S. Senate passed the Inflation Reduction Act, and the House followed suit on Friday.

The bill promises to make historic investments in clean energy, long-awaited fixes to our upside-down tax system, and improvements to health care affordability, all while reducing the federal deficit. Investment in any one of these policy areas would mark significant progress; together they mark the bill as substantial piece of legislation that will benefit Mainers in many different ways.

The IRA includes three major tax provisions which would make the tax system work better for everyday Mainers and require the wealthiest Americans to pay their fair share, while also financing the health and climate portions of the bill and helping to reduce the federal budget deficit.

First, the IRA would create a new minimum tax rate for the world’s biggest corporations. Currently, the corporate tax rate in the United States is 21%. But some of the world’s most profitable corporations, such as Amazon, General Motors, Google, and Netflix pay much less than this by taking advantage of deductions and credits or by reporting their income in low-tax jurisdictions such as Ireland. Some even pay $0 in income tax, despite making billions in profits. The new corporate minimum tax would ensure that corporations reporting at least $1 billion in profits (averaged over the past 3 years) would pay a combined US and international tax rate of at least 15%.

This provision is expected to bring in $223 billion over the next three years, but it would only impact a small number of corporations – one report estimated it would have applied to just 70 in 2020. According to MECEP’s analysis, no corporations headquartered in Maine would be impacted, although some that employ Maine workers would be subject to the new tax. A couple of examples will show how the corporate minimum tax would impact different companies.

Bath Iron Works, one of the largest private employers in Maine, is a subsidiary of General Dynamics. While General Dynamics reported profits of over $4 billion in 2021, it already paid an effective tax rate of 15.9%, and would therefore be unaffected by the new minimum tax.

Another company with a presence is Maine is Abbott Laboratories. In 2021, they reported $8.2 billion in earnings, and paid an effective tax rate of 13.9%. Under the corporate minimum tax, they would pay an extra $90 million in corporate taxes to meet the 15% minimum. This is unlikely to harm Abbott’s workers, since the company would still record an after-tax profit of almost $7 billion.

Another important provision that would help ensure that large corporations contribute their fair share is a new 1% excise tax on stock buybacks. Buybacks are used by corporations to return additional profits to their shareholders. Rather than investing profits in higher wages for workers or expanding company operations, corporations can use that money to buy back outstanding shares. This directly benefits those shareholders who sell back to the company and indirectly benefits all other shareholders by raising the share price.

Buybacks have become increasingly common in recent years and have been criticized for prioritizing wealthy shareholders over workers. Many companies used their windfalls from the Trump Tax Cuts on buybacks, instead of investing in their facilities and workers as had been promised by proponents of the bill. The Inflation Reduction Act would discourage stock buybacks by imposing a new 1% tax every time a buyback is completed. This is expected to raise $74 billion over 10 years.

Finally, the IRA includes up to $80 billion in new funding over the next decade for the Internal Revenue Service. The IRS has been underfunded for decades, which has led to taxes being uncollected and big backlogs at the agency in processing returns. The U.S. Treasury has outlined a plan to increase staffing and invest in new technology, which would result in better service at the IRS, an easier filing system and make it harder for tax cheats to avoid paying what they owe.

Closing the so-called “tax gap” is a particularly significant result of this new funding. The Treasury predicts that the increased resources will allow them to collect some $320 billion over the next decade in legally-owed taxes that currently go uncollected. These uncollected taxes are overwhelmingly concentrated among the wealthiest Americans. One quarter of all uncollected tax revenue is owed by the top 1% of earners in the United States (who earn well over $500,000 a year).

Currently, in order to keep overall audit rates up, and to comply with Congressional directives, the IRS disproportionately audits low-income Americans claiming credits like the Earned Income Tax Credit. As a result, Piscataquis and Washington Counties, like other poor areas of the US, have some of the highest IRS audit rates. The tax returns of the rich are much more complex and difficult to audit, and the new IRS funding will allow the agency to focus its efforts there.

The IRA contains several health provisions that would result in savings for millions of people, especially older Americans.

The bill would also make health care more affordable for many Medicare recipients. It would direct the federal government to begin negotiating Medicare drug prices directly with pharmaceutical companies for the first time. Currently, the insurance companies that provide the Part D plans for prescription drugs in Medicare negotiate with drug companies on the price their customers will pay for medications. The new legislation would allow the Secretary of Health and Human Services to negotiate with pharmaceutical companies on behalf of all Medicare enrollees at once.

Because the price would apply to all Medicare plans at once, the Secretary will have more leverage to lower prices than individual insurance companies, and the benefits would reach all Medicare recipients. The IRA language would only apply to a limited number of exceptionally expensive medications, but targeting the most cost prohibitive medications would help older Mainer’s burdened the most by their prescription costs while still producing savings to the federal government of $80 billion over ten years.

The act would also limit the price increases pharmaceutical companies can impose on patients each year, and it would cap some coinsurance and copay requirements under Medicare Part D. These would directly benefit tens of thousands of older Mainers each year. Finally, the bill includes a cap on co-pays for insulin for Medicare enrollees — potentially lifesaving for approximately one in five older Mainers diagnosed with diabetes.

The largest piece of spending in the bill is investments in clean energy and addressing the climate crisis. The IRA would be the largest ever government investment in tackling climate change, and some experts project it will reduce carbon dioxide emissions to 40% below 2005 levels by 2030. That’s about two thirds of the official U.S. emissions reduction goal by 2030.

Maine’s Climate Council notes that without drastic reductions in carbon dioxide emissions, Mainers will face a series of consequences, from extreme rainfall and flooding to more severe heatwaves in summer and less snowfall in winter. The ripple effects from these climatological changes will have severe economic impacts. The Gulf of Maine is warming rapidly, endangering Maine’s lobstering industry. Reduced snowfall would mean lost opportunities for winter recreation tourism. Additionally, Mainers will experience direct damage from events such as storms and flooding, which generally fall hardest on low-income communities.

The IRA’s energy provisions would tackle the climate crisis from a variety of angles:

These programs would build on work that is already underway in Maine to reduce emissions in the state and make communities more resilient to climate change. Maine has allocated millions of dollars for community climate resiliency projects, created a “green bank” to help finance clean energy projects in the state and spur more private investment, and already offers a number of tax credits through the Efficiency Maine agency.

The new federal incentives and investments would be particularly meaningful in a state where almost two-thirds of households rely on heating oil and where some of the nation’s oldest housing stock — which is often under-insulated and energy inefficient — can be found.

The credits for new and used electric vehicles, including subsidies for heavy vehicles like school buses and garbage trucks, will be essential for Maine to meet its climate goals, since more than half of the state’s carbon dioxide emissions come from transportation. The Inflation Reduction Act would make it easier for Mainers to shift to technologies such as heat pumps, which are not only cleaner but also cheaper than heating oil, as well as weatherize their homes and update wiring systems to make heating more efficient over the long term.

The Inflation Reduction Act would be a $700 billion investment in our collective future. The climate provisions alone are the biggest ever investment in tackling the climate crisis, one of most urgent issues of our lifetimes. The health care provisions would lower costs for tens of thousands of Mainers and include the most direct government intervention to contain prescription drug prices in history. And on top of these, the bill would make progress rebalancing our tax code while reducing the federal deficit by more than $300 billion over ten years.

At a time of rising prices, the IRA would not only bring down short-term costs but would also invest in a more sustainable future for all of us.

Photo: A rally at the Maine State House | Beacon 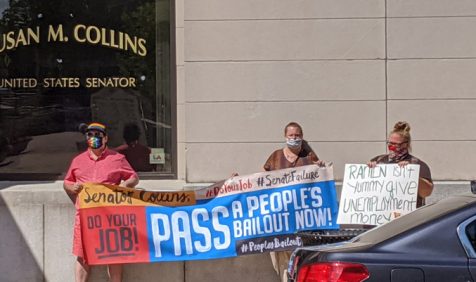 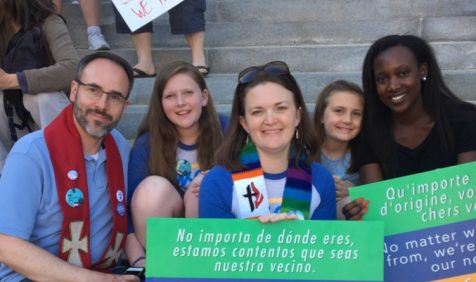 Decrying the onslaught of federal policies designed to target immigrants and refugees, roughly 100 immigrants, advocates and allies rallied on… 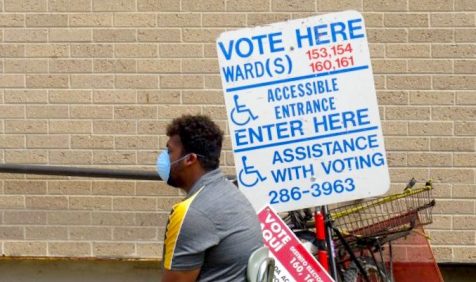 Across the United States, legislators who identify themselves as conservatives are doing everything they can to prevent voting by Americans…