On the question of abortion, 60% of respondents said they disagreed with the court striking down Roe v. Wade, which opened the door to some states (but not Maine) banning abortion. In contrast, just 34% supported that ruling.

Since the decision, abortion has become a major issue for voters nationwide and in Maine, where 42.7% (primarily Democrats) said the ruling would make them more likely to vote in November, although 52.5% said it wouldn’t effect their decision either way.

The issue has also emerged as a topic in Maine’s gubernatorial election in which LePage — an opponent of abortion who served as Maine’s governor from 2011 to 2019 — is challenging Mills, who supports abortion access.

The MPRC poll gives Mills the edge in that race, with the incumbent Democrat garnering support from 49.2% of respondents compared to 38.3% for LePage. In the poll, 2.8% said they would support another candidate and 9.7% said they are undecided.

That polling tracks with projections from political forecasters who say the race tilts toward Mills. However, the MPRC poll did not include independent candidate Sam Hunkler, who will appear on the ballot in November. In addition, the research center warned in a memo that the large number of undecided voters in the race and an incumbent in Mills who didn’t crack the 50% mark indicates “some potential volatility heading into the final two months of the gubernatorial campaign.”

Another question in the poll asked voters’ opinion on an issue that provides a sharp contrast between Mills and LePage: Medicaid expansion.

Even after voters passed a referendum in 2017 to expand Medicaid, which helps people with low-incomes, LePage — who has repeatedly been hostile to social safety net programs — refused federal funding for the program. Mills, by contrast, accepted such funding when she took office and expanded Medicaid. In the MPRC poll, 59.1% of Mainers sided with Mills on the issue, with just 28.8% preferring LePage’s position.

The survey also touched on inflation, another key issue on voters’ minds in the lead-up to November’s election. When asked who was most responsible for price increases, respondents were split. The two primary entities held liable were federal officials (blamed by 40.1% of respondents) and large corporations (blamed by 37.3%). Other answers included foreign leaders (blamed by 8.9%) and state officials (blamed by 2.6%.)

Finally, the survey asked about a recently enacted policy that allows pregnant Mainers and people under 21 to access health care through Medicaid and the Children’s Health Insurance program, regardless of immigration status. That reform was included in the state budget Mills signed in 2021. It was necessary because of a decision made by LePage in 2011 to bar many immigrants from social service programs, including Medicaid.

In the poll, 52% of respondents said they support the expansion of health care for immigrants in Maine while 42% oppose that policy.

MPRC was founded by Maine People’s Alliance (of which Beacon is a project). The group’s poll was conducted by phone and online from September 1-9 and surveyed 814 Maine voters. The margin of error for the survey is 3.4% with a 95% confidence level. 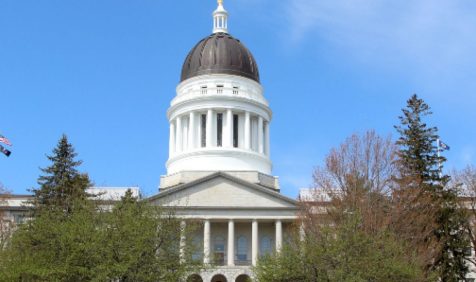 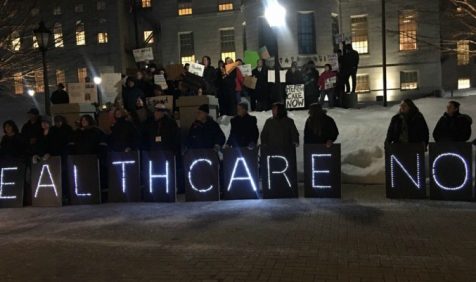 “Health Care Now!” was the rallying cry for hundreds of Mainers who demonstrated at the State House Tuesday evening as… 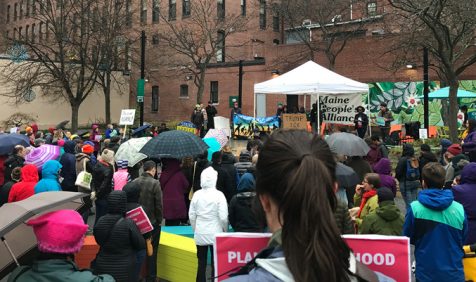