The U.S. Senate, along party lines, passed a sweeping energy, health care, climate and tax package Sunday afternoon following an overnight marathon of votes that resulted in just a handful of notable changes to the legislation.

The 755-page bill was passed after Vice President Kamala Harris broke a 50-50 tie in the evenly divided Senate. It now heads to the House, where Democratic leaders have announced they will take it up on Friday.

“At last, we have arrived,” Senate Majority Leader Chuck Schumer said.  Democratic senators broke out into applause as Harris announced passage of the bill, which is expected to total more than $700 billion.

Schumer, a New York Democrat, said he dedicated the measure to young Americans who have pushed and protested for the Senate to take action on climate change.

“This bill will kick-start the era of affordable clean energy in America,” Schumer said. “It’s a game changer.”

Senate passage marks a major recovery for President Joe Biden’s domestic agenda, after a larger package the White House largely wrote and pushed for the better part of a year could not win the support of conservative Democratic Sens. Joe Manchin III of West Virginia and Kyrsten Sinema of Arizona, dimming the prospects of enacting health and tax policy changes and major climate spending.

“Today, Senate Democrats sided with American families over special interests, voting to lower the cost of prescription drugs, health insurance, and everyday energy costs and reduce the deficit, while making the wealthiest corporations finally pay their fair share,” Biden said in a statement. “This bill also makes the largest investment ever in combating the existential crisis of climate change.”

He urged the House to pass the bill and send it to his desk to sign into law.

Just two amendments during what is called vote-a-rama were added to the bill, known as the Inflation Reduction Act, after Democratic leaders earlier struck agreements needed to get Sinema and Manchin on board. Under budget reconciliation rules, the legislation only needed a simple majority for passage rather than the usual 60-vote threshold.

In the final stretch of voting and at the last minute, the Senate agreed to an amendment by John Thune, Republican of South Dakota, that made a 15% corporate tax included in the bill apply to fewer businesses owned by private equity firms.

The amendment was backed by Sinema, along with six other Democrats — Raphael Warnock and Jon Ossoff of Georgia, Maggie Hassan of New Hampshire, Jacky Rosen and Catherine Cortez Masto of Nevada and Mark Kelly of Arizona.

The revenue lost initially was expected to be paid for by extending the cap on the State and Local Tax deduction. But that would have drawn opposition from lawmakers in high-tax states like New Jersey who want to get rid of the cap. Instead, Democrats found their offset in another tax provision, dealing with limits on writing off business losses.

In another major change, Republicans successfully stripped a provision to cap insulin co-pays at $35 in private health insurance plans, citing budget rules. A similar price cap for Medicare remains in the version of the bill the Senate approved.

The price cap has been a priority for Warnock and likely will become a prime campaign issue for Democrats to use against Republicans who voted to remove it. Similarly, Republicans will try to use many of the amendment votes in the vote-a-rama against Democrats as the midterm campaign heats up.

Seven Republicans did vote with Democrats on the insulin amendment: Bill Cassidy and John Kennedy of Louisiana, Susan Collins of Maine, Josh Hawley of Missouri, Cindy Hyde-Smith of Mississippi and Lisa Murkowski and Dan Sullivan of Alaska.

Collins, along with all of her fellow Republicans, voted against the overall bill to take action on climate change, increase access to health care, and raise taxes on large corporations.  Maine’s other senator, Angus King, voted for the package.

Independent Sen. Bernie Sanders of Vermont pushed an expansion of the child tax credit and other progressive changes to the legislation but was defeated repeatedly as Democratic leaders argued the bill needed to remain intact in order to secure the votes of Manchin and Sinema.

Last year, Democrats tried to include in an earlier version of their reconciliation bill a 10-year expansion of the program, which would have lifted millions of children out of poverty, but Manchin objected to it, arguing the price tag of the provision — in the Build Back Better bill — was too big.

Sen. Sherrod Brown, an Ohio Democrat, said that Democrats will continue to work on an expansion of the child tax credit, and noted the “fragile arrangement” of the bill.

Another unsuccessful Democratic amendment came from Warnock, who wanted a provision included in the bill to end a gap in Medicaid coverage for low-income people in his state and others, calling it a “moral moment” for senators.

“I rise on behalf of nearly four-and-a-half million Americans in 12 states, including 646,000 Georgians, who a decade after the Affordable Care Act became law, still do not have access to affordable health care. They are the working poor,” Warnock said. “They are being blocked by governors and legislatures.”

But Warnock’s attempt was voted down, after Finance Committee Chairman Ron Wyden of Oregon said he “tragically” had to oppose it to preserve the substance of the bill. Four other senators voted with Warnock: Collins, Ossoff, Sanders and Tammy Baldwin of Wisconsin.

Sanders also inveighed against the bill’s provisions to expand oil and gas development. The bill also contains billions for cleaner energy sources like wind and solar that Schumer called “the boldest climate package in U.S. history.”

“The bad news is this bill, as currently written, includes a huge giveaway to the fossil fuel industry,” Sanders said on the Senate floor.

He proposed an amendment that he said would lift the sections of the bill related to oil and gas leasing, but it failed 1-99.

Sanders’ criticisms of the bill’s climate sections echoed those of the most aggressive environmental advocacy groups, who see the deal between Manchin and Schumer as not strong enough.

It’s a move that Brett Hartl, the government affairs director at the Center for Biological Diversity, called “a climate suicide pact.”

Still, other environmental groups, including some in Maine, have praised the agreement as a crucial first step toward tackling the climate crisis.

Legal and policy debates about furthering oil and gas development in the midst of global climate change have raged since Biden took office and partially stymied an ambitious agenda that began with Biden promising to ban new oil and gas leases on federal lands and waters.

But in January 2022, a federal judge blocked drilling in 80 million acres of waters in the Gulf of Mexico, ruling that the Biden administration did not take into consideration the effect of the warming greenhouse gas emissions from the lease would have on the planet.

Senate Democrats also voted down an amendment from Sen. James Lankford, an Oklahoma Republican, that would extend Title 42, a Centers for Disease Control and Prevention health policy that allows border patrol officials to turn migrants away at the border during a health crisis, such as the coronavirus pandemic.

If passed, his amendment would have taken $1 million out of the Affordable Care Act in order to keep Title 42 in place. In a 50-50 party-line vote, the amendment was not agreed to.

Sen. Jon Tester, Democrat of Montana, also introduced an immigration-related amendment, which would require a comprehensive plan to be put in place before Title 42 is lifted.

Six Democrats voted with all Republicans in favor of the amendment, which fell  four votes short of the 60-vote threshold.

In order for Schumer to secure a vote from Sinema, he struck an agreement with her to remove from the bill a provision that would have changed the way certain compensation for hedge-fund managers and private equity executives, known as carried interest, is taxed.

Schumer said that Sinema refused to vote with Democrats, “unless we took it out.”

The Congressional Budget Office, a nonpartisan entity, found that if that provision had stayed in, it could have raised $14 billion in revenue over 10 years.

The Schumer-Sinema agreement also changed a separate provision setting a new 15% minimum tax rate on corporations with $1 billion or more in income.

The bill would give the IRS a total of $79.4 billion in funding. Of those funds, $46.5 billion would be given to add 87,000 new IRS jobs to help with tax enforcement and update technologies to enforce taxes on digital assets such as cryptocurrency.

The IRS would also get $25.3 billion for operations support, and $3.2 billion would go toward taxpayer services such as education and filing services. The agency would also get $4.8 billion to update its business systems.

Many Republicans objected to this, such as Collins, who added an amendment to prohibit the hiring of 87,000 IRS jobs, unless those workers are back in the office and not working remotely.

Jacob Fischler and Jane Norman contributed to this report. 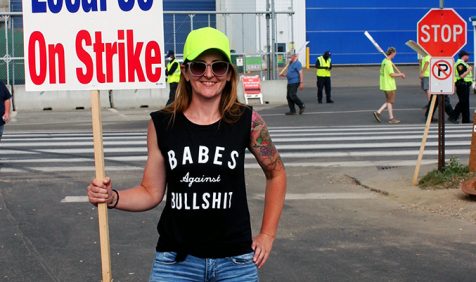 Every hour, on the hour, during all three shifts, workers at Bath Iron Works would “bring the hammer down” for… 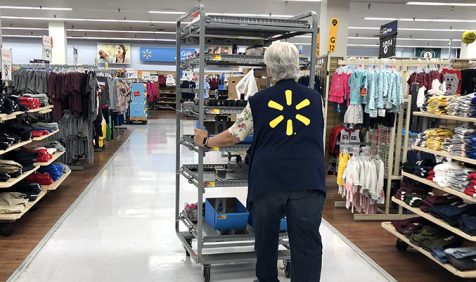 The services, infrastructure, and amenities funded by property taxes increase our quality of life and help businesses succeed. But large,… 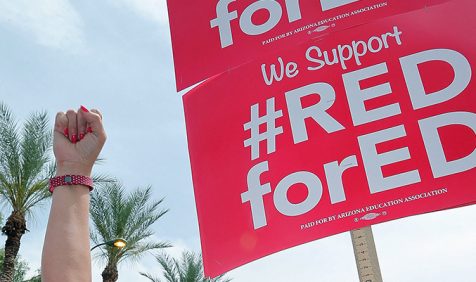 When 3,000 Maine members of the Knights of Labor and their families gathered for the state’s very first Labor Day…