As a coalition begins collecting signatures to possibly trigger a referendum on creating a paid family and medical leave system in Maine, advocates pointed to a new study showing the feasibility of such a program.

The U.S. is the only industrialized country in the world without a national paid family and medical leave program, a system that’s designed to allow workers to take significant time off work to recover from a long-term illness, welcome a new child or take care of a family member, among other situations. Because of the lack of a federal program, many people have to choose between their paycheck and their health or that of their family, prompting 11 states to take action to create their own systems.

Advocates are pushing for Maine to join those ranks, an idea supported by 75% of people in the state. Right now, about 77% of workers in Mainers don’t have access to paid family and medical leave.

The state has two potential pathways forward. One is through a legislative commission that has been tasked with creating a paid leave system in Maine. That commission was originally supposed to report its recommendations to the legislature, including a bill, by February of 2022 but was delayed in that timeline.

The commission is slated to put forward legislation for consideration in the upcoming 2023 session, but the success of the bill is likely to be determined by whether Democrats retain control of the legislature and the Blaine House in the November elections. Former governor and current Republican nominee Paul LePage opposed beginning the process of studying paid leave in 2018.

In order to provide an alternative pathway forward, groups including Maine People’s Alliance (of which Beacon is a project) and Maine Women’s Lobby launched a signature-gathering campaign in July to place a referendum on the ballot in 2023 that would create a paid leave system. Those interested in helping to gather signatures for that ballot campaign can sign up here.

Under the policy put forward for that ballot measure, people could take up to 16 weeks paid leave in a year and a maximum of 12 weeks for a single event. The policy would be paid for by both employers and employees, with large businesses contributing a higher proportion toward the fund.

The two groups emphasized that because any referendum to create a paid leave program in Maine wouldn’t appear on the ballot before November 2023, the legislative paid leave commission still has plenty of time to present its own proposal to lawmakers. MPA and Maine Women’s Lobby are continuing to gather signatures for the potential referendum in the meantime, with a deadline of January to collect about 63,000.

Supporting advocates’ efforts to create some sort of paid leave system in Maine is a study that proponents say shows the viability of such a program in the state. The study, which was requested by the legislative paid leave commission, examined the overall costs associated with 18 options for a potential program, along with the contributions that employers and employees would pay.

Those policies ranged from a benefit period of 12 weeks to one with 26 weeks and a wage replacement level of 80% all the way up to 100%.

The specific results of each option the study examined can be found here.

“Paid family and medical leave will help Maine people, families, and businesses succeed,” the Maine Paid Family Coalition, which includes MPA and Maine Women’s Lobby, said in a statement reacting to the study. “We want to thank the commission for their commitment to this issue and their excellent work thus far. Ultimately, this actuarial study proves what we have long believed — a comprehensive paid family and medical leave program is achievable in the state of Maine.”

However, the coalition urged the commission to consider a plan like the one put forward in the referendum campaign that includes graduated wage replacement for workers (90% reimbursement of their wages at or below 50% of the state average and then tapering off for wages above 50% of the state weekly average) rather than the flat wage replacement rates in the policies examined by the study.

A flat rate would make it more difficult to provide an equitable benefit at a reasonable cost, according to a memo from the coalition. Under a graduated rate plan, “more low and middle-income workers will be able to access the time they need and pay their bills,” the coalition said.

Nora Flaherty-Stanford, media and public affairs director for MPA, also celebrated the results of the study while emphasizing the importance of continuing to gather signatures for a potential referendum in 2023.

“This study shows that comprehensive PFML in Maine is feasible and there’s no reason why Mainers can’t have the time to take care of themselves and their families when they need to,” she said. “We are confident the commission will do everything it can to enact such a program. But, to make sure that Mainers will be taken care of no matter what happens in the coming months, we are collecting signatures so that in the event that Mainers need to pass PFML at the ballot box, we’ll be ready for it.” 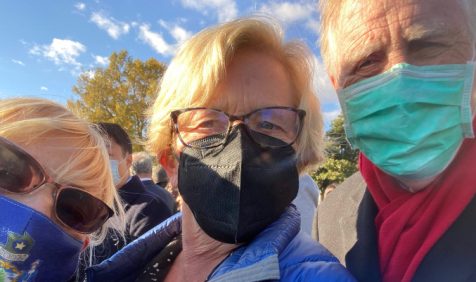 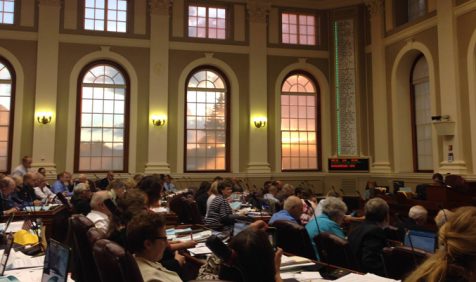 As you may have read in the headlines there is a spending battle going down in the Maine legislature. First… 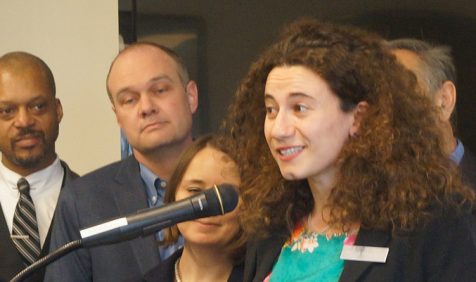 This week on the Beacon Podcast (your only Mueller-free media outlet*) Taryn interviews Rep. Chloe Maxmin about her Green New…