More than 50 U.S. House members are objecting to a push to revise federal environmental permitting requirements for energy projects — part of a deal Democratic leaders struck with U.S. Sen. Joe Manchin III to win passage of their climate, health and taxes bill that passed last month.

Congressional leaders have not released text of a permitting bill, but a one-page summary last month indicated it would set time limits on agency reviews and environmental litigation challenging energy projects, designate high-priority projects for fast-track reviews and require completion of the Mountain Valley Pipeline in West Virginia and Virginia.

Senate Majority Leader Chuck Schumer, a New York Democrat, said in the run-up to a vote on Democrats’ $750 billion budget bill that he had pledged to Manchin, a moderate Democrat from coal-rich West Virginia, that the Senate would take up a separate bill reforming environmental permitting.

Schumer said he didn’t generally like limiting environmental reviews, but that the deal was worth it to ensure passage of the Democrats’ bill that would spend $370 billion on clean energy programs, marking the greatest federal investment to date in addressing climate change.

But the Grijalva letter says the permitting legislation would weaken the tools used to ensure energy projects comply with environmental regulations and would specifically hurt communities near proposed projects.

“The inclusion of these provisions in a continuing resolution, or any other must-pass legislation, would silence the voices of frontline and environmental justice communities by insulating them from scrutiny,” the letter reads. “Such a move would force Members to choose between protecting (environmental justice) communities from further pollution or funding the government.”

Communities of color and low-income communities are often the most negatively affected by pollution and climate change.

Congress this month will almost certainly pass a continuing resolution to keep the federal government open after the fiscal year ends Sept. 30. The alternative would be a government shutdown.

The spending measure is expected to be among the last pieces of legislation Congress will pass before November’s midterm elections, and members often try to attach other priorities to this type of must-pass bill.

Many Republicans and others who favor more robust energy production have often complained that the federal permitting process, including requirements of the National Environmental Policy Act, is too burdensome for builders and costs too much time and money.

The Grijalva letter advocates for additional funding for federal agencies to hasten the review process, but says that NEPA and other federal reviews are too important to sacrifice.

“The permitting and public notice and comment provisions mandated by the National Environmental Policy Act (NEPA) are among the only tools local communities have to force careful review of federal projects that may have serious, long-term, environmental, and public health consequences in those communities,” the letter says.

Grijalva is still gathering signatures from members and expects to send the letter by the end of the week, House Natural Resources Committee spokeswoman Lindsay Gressard said. She declined to list the members who have already signed until the letter is sent, but said more than 50 had attached their names as of Wednesday.

Spokespeople for Rep. Chellie Pingree and Rep. Jared Golden did not respond to a question Thursday about whether the two Maine Democrats had added their names to Grijalva’s letter.

In the letter, members “urge” Pelosi and Hoyer not to include permitting provisions in a continuing resolution, but do not explicitly say they would vote against such a package. 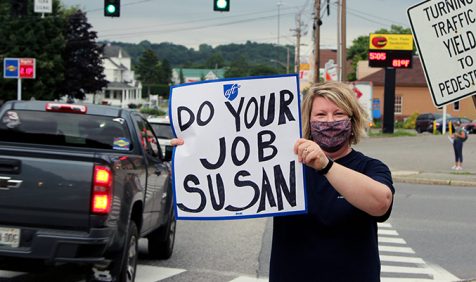 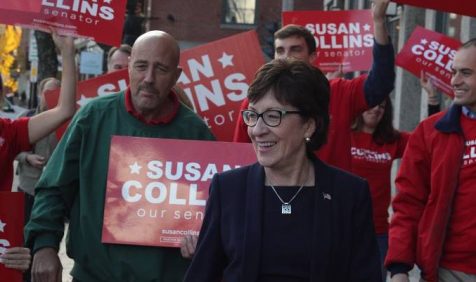 An in-depth examination of a troubling poll for Maine's senior senator. 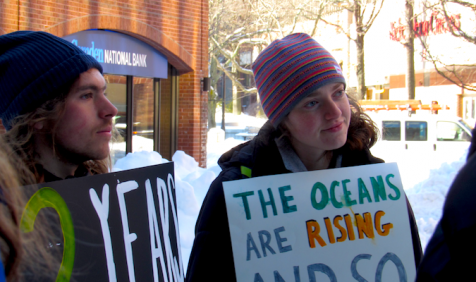