The U.S. House passed on Wednesday a bill updating a 19th-century law in an attempt to prevent the subversion of future presidential elections.

The Presidential Election Reform Act, which passed 229-203, is meant to deter a repeat of the insurrection on Jan. 6, 2021, in which the U.S. Capitol was attacked by a mob of pro-Trump supporters trying to stop Congress from certifying the presidential electoral votes.

Nine House Republicans joined Democrats in voting for the measure, H.R. 8873, which would revamp the Electoral Count Act.

“If your aim is to prevent future efforts to steal elections, I would respectfully suggest that conservatives should support this bill,” Rep. Liz Cheney, a Wyoming Republican, said on the House floor.

“If instead your aim is to leave open the door for elections to be stolen in the future, you might decide not to support this or any other bill to address the electoral count.”

Cheney, along with Rep. Zoe Lofgren, a California Democrat, wrote in a Wall Street Journal opinion piece on Sunday that the bill “is intended to preserve the rule of law for all future presidential elections by ensuring that self-interested politicians cannot steal from the people the guarantee that our government derives its power from the consent of the governed.”

“This bill will make it harder to convince people that they have the right to overthrow the election,” Lofgren said on the House floor.

Those two lawmakers are also part of the House special committee investigating the Jan. 6 attack on the Capitol.

The bill raises the threshold for an objection made by any U.S. senator and representative to a state’s electoral vote from one member of each chamber to one-third of each chamber, a big increase.

The bill also makes it clear that the vice president’s role is purely ceremonial in certifying electoral votes.

A majority of Republicans pushed back against the bill, with Rep. Rodney Davis of Illinois labeling it partisan and Rep. Bryan Steil of Wisconsin calling the process rushed.

Davis said that Democrats were perpetuating a false narrative that Republicans are election deniers and want to overturn elections.

Rep. Chellie Pingree, a Maine Democrat, said Congress needed to pass the bill in order to prevent another Jan. 6.

“On January 6, 2021, Americans watched in horror as violent insurrectionists stormed the U.S. Capitol in an attempt to undermine our electoral system,” Pingree said. “They did not prevail. But while the smoke has cleared and the chain fences around the Capitol have come down—the vitriol from that day lingers across the country.”

“Today, House Democrats made one thing very clear: We will not stand by and let the dangerous lies and rhetoric of Donald Trump and his loyalists threaten the electoral process ever again,” Pingree continued. “I’m proud to join my colleagues on both sides of the aisle in passing this crucial legislation to protect and strengthen our democracy.”

The House Rules Committee held a Tuesday hearing and voted 9-3 to send the legislation to the House floor.

All Democrats in that committee voted for the bill, and all the Republicans who voted opposed it.

The top Republican on the Rules panel, Tom Cole of Oklahoma, voted against the bill along with Michael Burgess of Texas and Guy Reschenthaler of Pennsylvania. Michelle Fischbach of Minnesota did not vote.

The Jan. 6 insurrection, spurred by Trump, shortly followed. Four people who were part of the mob died, and five police officers responding to the insurrection also died in the days and weeks following.

Current law allows a congressional representative paired with a senator to object to a state’s electoral votes, which Republicans did. But they were interrupted from their objections when the mob of Trump supporters stormed the Capitol.

Because the vice president’s role in the certification of electoral votes isn’t exactly clear, Trump tried to pressure Pence to not certify the election.

Trump was impeached by the House for a second time for his role in the insurrection.

The future of the House measure is unclear because the Senate is working on its own legislation.

The Senate held an August hearing where Sens. Susan Collins, Republican of Maine, and Joe Manchin III, a West Virginia Democrat, argued for the need to update the 1887 electoral law.

The senators said the current law is archaic and ambiguous, and that their bill had several reforms, including a clarification on the role of the vice president when certifying electoral votes.

Collins announced on Wednesday she had 10 Democratic and 10 Republican co-sponsors for the bill, meaning its passage could reach the 60-vote threshold needed to advance past a filibuster in the Senate.

“Our bill is backed by election law experts and organizations across the ideological spectrum,” Collins said in a statement. “We will keep working to increase bipartisan support for our legislation that would correct the flaws in this archaic and ambiguous law.” 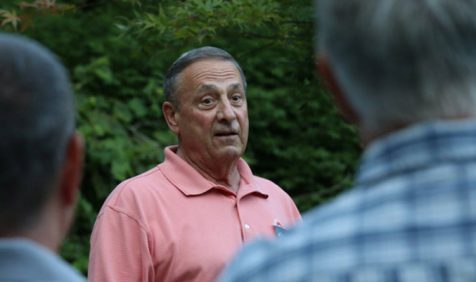 LePage is indulging conspiracy theorists on public health measures even while criticizing Governor Janet Mills for not vaccinating more Mainers.… 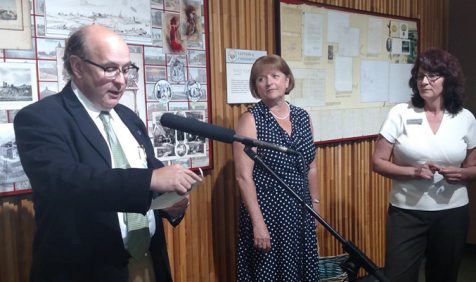 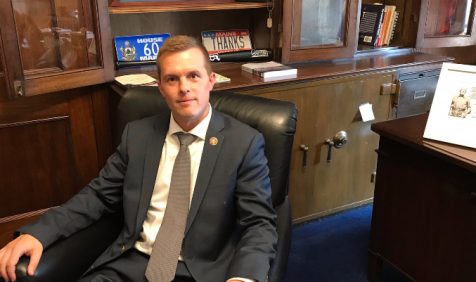