The Wabanaki Alliance on Friday endorsed over 120 sitting state lawmakers or legislative candidates while also announcing that it won’t be throwing its support behind either Gov. Janet Mills or former Gov. Paul LePage in the 2022 gubernatorial election due to their refusal to back reforms that would recognize tribal sovereignty.

On the Senate side, the organization primarily endorsed Democratic candidates, including Senate leaders Troy Jackson of Aroostook County, Eloise Vitelli of Sagadahoc County and Mattie Daughtry of Cumberland County. However, the group also backed Sen. Rick Bennett, a Republican from Oxford County. A similar pattern emerged in the House, with the Wabanaki endorsing dozens of Democrats along with a few Republicans. See a complete list of endorsements here.

The endorsements reflect the results of the Wabanaki Alliance’s 2022 legislative scorecard — which was also released Friday — with Democrats generally receiving higher marks than Republicans. See the scores here.

The scorecard includes the legislative votes on the Wabanaki’s priority bills from the 2022 session. One such bill was LD 1626, which would have altered the 1980 Settlement Act to recognize tribal sovereignty by strengthening Indigenous communities’ criminal jurisdiction, recognizing the rights of tribes to regulate hunting and fishing on their lands, and affirming the Wabanaki’s stewardship over natural resources and land use on their territory. The bill would have provided the tribes rights enjoyed by other Indigenous nations around the U.S. However, LD 1626, was defeated after opposition by Mills, a Democrat.

“The Wabanaki Alliance exists to have surrounding governments recognize the inherent sovereignty for our tribes here in Maine,” Ambassador Maulian Dana, president of the Wabanaki Alliance, said in a statement released along with the scorecard. “We are only asking to be on the same footing as 570 other federally recognized tribes in 49 other states. Without modernizing the Settlement Act, we have not taken any step closer to being treated fairly as the other tribes across the country.”

“Those we have endorsed understand the importance of sovereignty and are true allies,” Dana added. “We ask Maine voters, an astounding number who supported us during the 130th Legislature, to consider our legislative scorecard and endorsements when they decide who to support to represent them in Augusta.”

The Wabanaki Alliance’s other priority bills were LD 906, a measure to finally provide safe drinking water to the Passamaquoddy Tribe, and LD 585, a bill meant to improve the relationship between the tribes and the state and set up a regulatory framework for sports wagering on Wabanaki territory. Both of those bills were signed into law by Mills.

However, the governor’s vocal opposition to the tribal sovereignty provisions within LD 1626 played a role in the Wabanaki Alliance’s decision not to endorse in the 2022 gubernatorial race. Mills’ Republican opponent, LePage, is also opposed to tribes’ efforts to reinforce their sovereignty.

The group wrote in their scorecard that Mills — who they gave a score of “incomplete” — has worked with the tribes to make progress through bills like LD 585 and LD 906 but has resisted larger, much-needed reforms.

“Governor Mills has made some small steps forward on the Executive Branch’s relationship with the tribes,” the Wabanaki Alliance wrote. “Unfortunately, she is unwilling to respect tribal sovereignty in Maine and trust the tribes to self-govern. She continually focuses on ensuring the executive branch maintains the upper hand in the power dynamic with the Wabanaki Tribes.”

However, the group added that it still hopes that Mills will “move to a place where she is willing to have a government-to-government relationship and meaningfully alter the Settlement Act.”

In their scorecard, the Wabanaki Alliance also highlighted a number of legislative champions who worked with the tribes to advance the sovereignty legislation and other priority measures.

In contrast, the tribes named two Republican lawmakers, Sen. Lisa Keim of Oxford County and Rep. Laurel Libby of Auburn, as “adversaries.” The group said it did not make that choice lightly, noting that the label of adversary is reserved for “legislators who are unwilling to learn about our issues, who vehemently and stridently oppose our legislation and refuse to negotiate in good faith.”

Of Libby, the Wabanaki Alliance wrote that she “constantly tried to delay, sabotage and undermine tribal initiatives that came to the Judiciary Committee” and “refused to educate herself on tribal issues.” Similarly, the group said Keim was unwilling “to engage and learn from the tribes” and made “constant attempts to derail the tribes’ efforts.”

Photo: A demonstration earlier this year for tribal sovereignty | Beacon 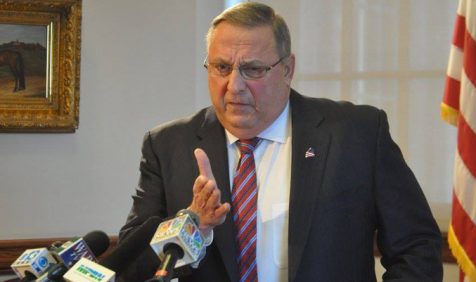 “Paul LePage is not mentally or emotionally fit to hold office. His words and actions have crossed a line. Threats… 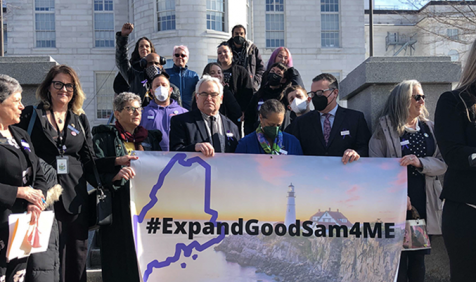 A coalition of grassroots harm reduction advocates and lawmakers are calling on Gov. Janet Mills and other lawmakers to stand… 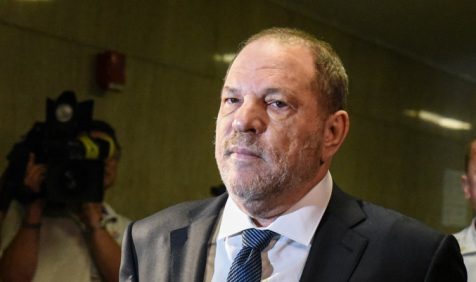